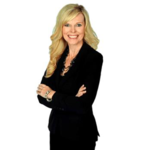 Prior to coming to Bailey & Wyant, she was the City Attorney for the City of South Charleston and then the Assistant General Counsel for the Department of Administration for the State of WV. She also held various positions at West Virginia Workers' Compensation Commission/BrickStreet Insurance. As a Member with Bailey & Wyant, her practice has primarily been focused on real estate and estate planning. Amy currently resides in Dunbar with her three dogs.

Thank you for contacting us. We will get back to you shortly.

Please complete all required fields below.

Bailey & Slotnick Is Here for You

At Bailey & Slotnick, we focus on real estate, estate planning, title insurance, and foreclosure and we are here to listen to you and help you navigate the legal system.

We'll gladly discuss your case with you at your convenience. Contact us today to schedule an appointment.