77 Ways to Lose Your Property 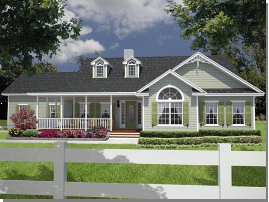 A title insurance policy is your best protection against potential title defects, which can remain hidden despite the most thorough search of public records and the most careful escrow or closing.

For a one-time premium, a title insurance company agrees to reimburse you for loss due to defects existing prior to the issue date of your policy, up to the policy amount. And, should it be needed, the policy also provides for the cost of legal defense of your title.

Insurance can be purchased to cover against the following potential defects:

2.  Deed by person who is insane or mentally incompetent.

4.  Deed from corporation, unauthorized under corporate bylaws or given under falsified corporate resolution.

7.  Deed to or from a “corporation” before incorporation, or after loss of corporate charter.

8.  Deed from a legal non-entity (styled, for example, as a church, charity or club).

9. Deed by person in a foreign country, vulnerable to challenge as incompetent, unauthorized or defective under foreign laws.

10. Claims resulting from use of “alias” or fictitious namestyle by a predecessor in title.

11. Deed challenged as being given under fraud, undue influence or duress.

12. Deed following non-judicial foreclosure, where required procedure was not followed.

15. Deed following judicial proceedings, where all necessary parties were not joined.

16. Lack of jurisdiction over persons or property in judicial proceedings.

17. Deed signed by mistake (grantor did not know what was signed).

19. Deed executed under expired power or attorney (death, disability or insanity of principal).

20. Deed apparently valid, but actually delivered after death of grantor or grantee, or without consent of grantor.

21. Deed affecting property purported to be separate property of grantor, which is in fact community or jointly-owned property.

22. Undisclosed divorce of one who conveys as sole heir of a deceased former spouse.

25. Conveyance by heir or survivor of a joint estate, who murdered the decedent.

26. Conveyances and proceedings affecting rights of service-member protected by the Soldiers and Sailors Civil Relief Act.

27. Conveyance void as in violation of public policy (payment of gambling debt, payment for contract to commit crime, or conveyance made in restraint of trade).

28. Deed to land including “wetlands” subject to public trust (vesting title in government to protect public interest in navigation, commerce, fishing and recreation).

29. Deed from government entity, vulnerable to challenge as unauthorized or unlawful.

30. Ineffective release of prior satisfied mortgage due to acquisition of note by bona fide purchaser (without notice of satisfaction).

31. Ineffective release of prior satisfied mortgage due to bankruptcy of creditor prior to recording of release (avoiding powers in bankruptcy).

32. Ineffective release of prior mortgage of lien, as fraudulently obtained by predecessor in title.

33. Disputed release of prior mortgage or lien, as given under mistake or misunderstanding.

35. Deed recorded, but not properly indexed so as to be locatable in the land records.

38. Undisclosed but recorded prior mortgage.

41. Undisclosed but recorded option, or right of first refusal, to purchase property.

42. Undisclosed but recorded covenants or restrictions, with (or without) rights of reverter.

46. Erroneous release of tax or assessment liens, which are later reinstated to the tax rolls.

47. Erroneous reports furnished by tax officials (not binding local government).48. Special assessments which become liens upon passage of a law or ordinance, but before recorded notice or commencement of improvements for which assessment is made.

52. Misinterpretation of wills, deeds and other instruments.

53. Discovery of will of supposed intestate individual, after probate.

54. Discovery of later will after probate of first will.

56. Deed to land without a right of access to a public street or road.

57. Deed to land with legal access subject to undisclosed but recorded conditions or restrictions.

58. Right of access wiped out by foreclosure on neighboring land.

59. Patent defects in recorded instruments (for example, failure to attach notarial acknowledgment or a legal description).

62. Deed not properly recorded (wrong county, missing pages or other contents, or without required payment).

63. Deed from grantor who is claimed to have acquired title through fraud upon creditors of a prior owner.

64. Deed to a purchaser from one who has previously sold or leased the same land to a third party under an unrecorded contract, where the third party is in possession of the premises.

65. Claimed prescriptive rights, not of record and not disclosed by survey.

66. Physical location of easement (underground pipe or sewer line) which does not conform with easement of record.

67. Deed to land with improvements encroaching upon land of another.

69. “Mechanics' lien” claims (securing payment of contractors and material suppliers for improvements) which may attach without recorded notice.

73. Pre-existing violation of conditions, covenants and restrictions affecting the land.

74. Post-policy forgery against the insured interest.

75. Forced removal of residential improvements due to lack of an appropriate building permit (subject to deductible).

76. Post-policy construction of improvements by a neighbor.

77. Damage to residential structures from use of the surface of insured land for extraction or development of minerals.

Marc J. Slotnick Location: Charleston, WV Email: [email protected] Phone: 304-345-4222 Mr. Slotnick has been a member in Bailey & Wyant, PLLC's Charleston office since its inception.  Mr. Slotnick obtained his law degree from the University of Miami in Coral Gables, Florida in 1991, after ob...

Thank you for contacting us. We will get back to you shortly.

Please complete all required fields below.

Bailey & Slotnick Is Here for You

At Bailey & Slotnick, we focus on real estate, estate planning, title insurance, and foreclosure and we are here to listen to you and help you navigate the legal system.

We'll gladly discuss your case with you at your convenience. Contact us today to schedule an appointment.